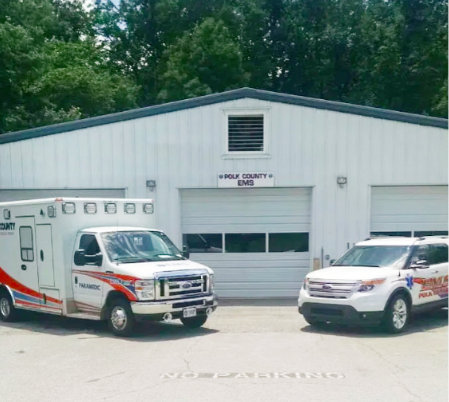 Some people took to social media after receiving their tax bills for fiscal year 2021-2022, which began July 1.

There are a lot of factors if a property owner’s taxes increased, including how much a property value increased following the recent property revaluation.

Polk County Manager Marche Pittman said commissioners went about 1 cent above the revenue neutral rate this year. Polk County did a property revaluation that was effective Jan. 1, 2021 and the market made most property values increase, depending on the location.

“We went to the 4-year reval to help and the real estate market is crazy,” Pittman said this week.

County commissioners originally were going to go revenue neutral, which would have meant the county brought in the same amount of revenues as last year, but decided to purchase a new ambulance and went one cent above revenue neutral. The towns of Columbus and Tryon and City of Saluda also did not go revenue neutral and had tax increases this year.

The new ambulance is the county’s third staffed ambulance and will be placed in Mill Spring and fully staffed. Both the other county’s ambulances are located in Columbus.

A steady increase in the number of calls to Polk County’s Emergency Medical Service made the commissioners’ decision on adding an ambulance in another part of the county.

“Situations keep rising in which ambulances are tied up, and in some cases, lower acuity calls have to wait,” said Polk County EMS Director Michael Crater. “By increasing our staff, and thus response, more coverage and faster response has occurred.”

The new ambulance will create a faster response time to more distance areas and the county will have more paramedics to handle emergencies, according to Crater.

“Polk County EMS has not had growth since before 2015, which only included additional staff, not another unit,” Crater said. “In contrast, our surrounding counties have more stations and units on the road. Our population has increased, our transfers from our local hospital has increased, traffic accidents and medical emergencies alone have increased, so this increase in services will greatly benefit the citizens of Polk County.”