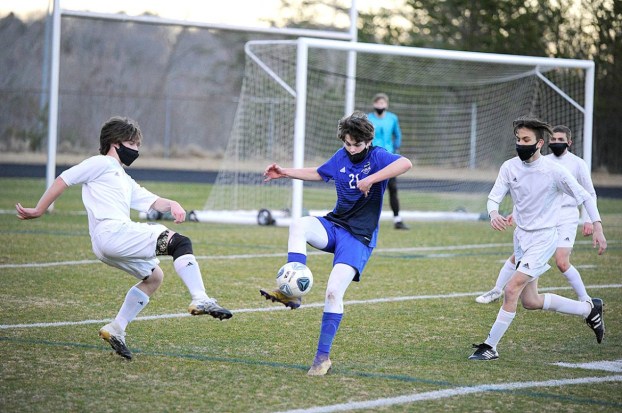 You’re not getting this from me

The Polk boys’ soccer team had a great week, winning a 3-2 thriller against Owen on Wednesday, then followed it up on Thursday beating Madison 3-1. The Wolverine’s sit in second place and improved to 6-2-1 in conference play with two games remaining in the regular season. If they win one of the two games, they receive an automatic berth in the state 1A playoffs. Polk County’s Jack Smith works to gain possession of a pass in Owen’s end of the field during the first half of Wednesday’s match. (Courtesy Polksports.com)

Landrum Fire rescues man from the top of a crane LANDRUM—Landrum Fire and Rescue crews responded Saturday to a rescue... read more