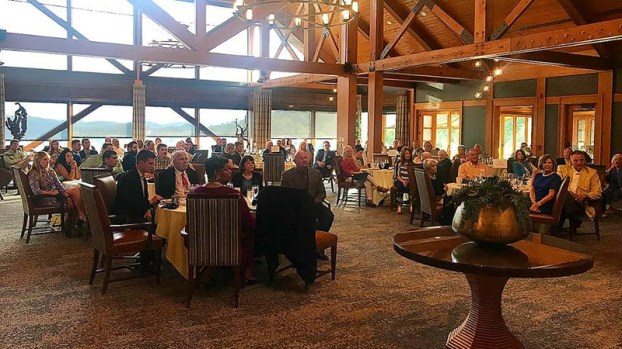 Crowd of over 100 attended Hendersonville event

Johnson attended the event with over 100 people at the main dining room at Champion Hills Country Club in Hendersonville.

The main speakers included District Attorney Greg Newman and Mark Robinson, a member of the National Outreach Board for the NRA. Robinson is a conservative activist who appears on Fox News.

Johnson also spoke and talked about how he would always stand up for conservative economic and social values if elected to represent the district in Raleigh.

Johnson is currently serving a four-year term on the Polk County Board of Commissioners. He has announced his intention to run for the House District 113 seat, which represents Polk, Transylvania and most of Henderson counties.

He would succeed current House District Representative Cody Henson (R), who has announced he will not seek re-election.

The election for the district will be in 2020, with candidates officially signing up this December.

Johnson was the high-vote getter in Polk County in 2016 for county commissioner and served one year as chairman of the board. He is one of the youngest elected officials in the state.