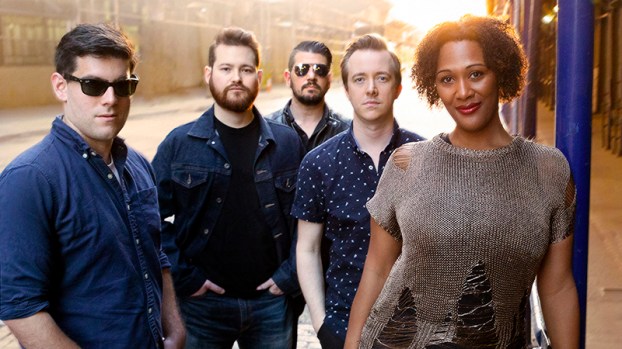 Chase Away the Blues brings top blues, funk and soul to Tryon Fine Arts Center on Feb. 2. The 8th annual concert will be headlined by band Brandi & the Alexanders, a Brooklyn soul queen and her rock & roll band.

Born in Chicago to a Doo Wop singing father, the act of performing is literally in Brandi’s DNA. After a series of soul crushing day jobs in her 20’s, Brandi took the leap of faith to become a performer and singer-for-hire.

You could say she’s crushed it: In the last three years she has traveled the US and Europe, sung in stadiums, theaters, and clubs as a backup vocalist for Aloe Blacc, Nick Waterhouse, Jay Stolar and as a singer in a premier wedding band.

Still, there was something missing, and so, several iterations of the band later, Brandi & the Alexanders were finalized. Through her music, Brandi tells personal stories of love and regret and jealousy. These songs capture a feeling that’s just as much Donny Hathaway as it is Black Sabbath: Raw and powerful.

Brandi & the Alexanders headline the Main Stage at Chase Away the Blues. They’re joined by The Jamie Wright Experience Band, Jim Peterman and Friends, and the Mill Billy Three performing in multiple venues around TFAC for a night of non-stop music and dancing.

Chase Away the Blues is one of TFAC’s largest fundraisers, with proceeds supporting affordable fine arts experiences for the foothills community. 2019 band sponsors are Pacolet Milliken, Daltile, and Tile Specialties. Media sponsors are WSPA and The Tryon Daily Bulletin.