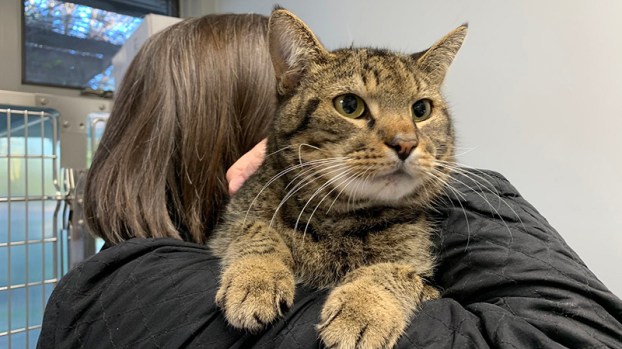 I once again wish to reiterate that there are many little things handled by Lennie’s Fund Inc. that is rarely spoken of.

The reason I wish to mention this at this time is because of the many donors to my fund who support my kids with small amounts when they can. I respond to them to let them know that their gift is not insignificant and is often put to good use.

There is a certain person who tries to rescue every Chihuahua she sees. I believe the count is now 17 animals.

I first learned of the situation due to two animals needing assistance that were all full of fleas. I helped the animals and paid for flea control for the whole house at great expense because I did not want to return the two I helped into that situation.

I made it clear that though I laud that fact you wish to rescue, if you take on more than you can afford, it becomes harmful, both to you and them.

Lately, two others were brought to the vet. The visit was paid for but they were a little short for heartworm meds, which I gladly paid for.

It is a hard lesson for many would-be rescuers with good hearts — “Love is not enough.”

The call came from Wendy at Bonnie Brae about a 3-year-old cat named Gizmo who had stopped eating.

It’s a sweet cat, and the owner agreed to pay more when he could.

Dana Mayer and the Po’Kitties offered $200 to help. Dana is a super hero whom you’ll hear more of in the future.

Anyway, when I learned of this, Gizmo’s owner had left $100 and had learned the cat had two abscessed teeth that needed to be removed. All other tests proved benign, so Gizmo should not have future problems.

As of this writing, the teeth have been removed, and Gizmo is home and happy again.  Lennie’s fund agreed to pick up whatever is left of the fee.

These types of things are done with money from all these wonderful people who give what they can.

In the heart and minds of those who are helped in these situations, believe me, these are not little things.

Two major cases are being handled as we speak — more on that next week.

Special Cases: The pain and joy of helping the helpless

My good friends, the Larson’s, are always adopting older cats and dogs and ones that have some sort of problem. ... read more