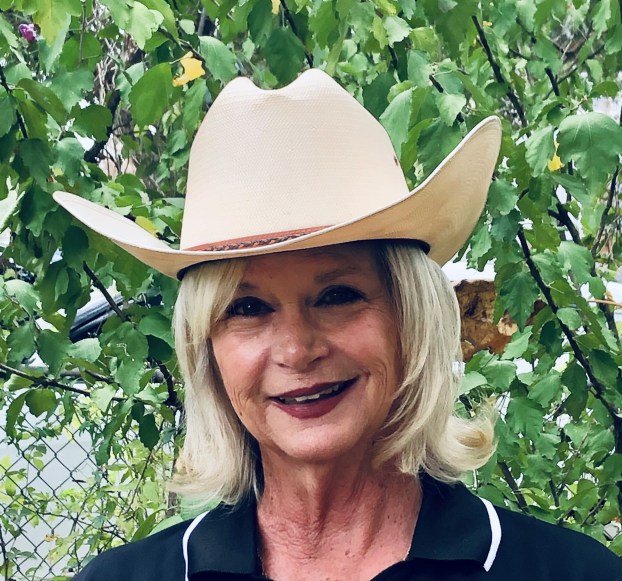 The Saluda Business Association (SBA) is excited to present an ice cream social from 3 to 5 p.m. on Wednesday, Oct. 27, 2021, to honor Cathy Jackson, who enthusiastically promoted Saluda in her spare time for two decades. A longtime volunteer marketing manager for the Saluda Business Association, Jackson worked with creative enthusiasm to encourage tourism to Saluda. This free outdoor event, which will take place on Main Street, will include the inauguration of the Cathy Jackson Volunteer of the Year Award by the SBA.

“The Saluda business community is forever grateful for all that Cathy Jackson has done in the 20 years she made our city her home,” says Marc Blazer, president of the Saluda Business Association. “It’s amazing what this 5 foot-4 inch dynamo has contributed to the continued success of our small community, which is why we honor her with a plaque and perpetual recognition with the volunteer of the year award to hang in our Visitor Center.”

Over the years, Jackson played a part in multiple projects, such as launching the popular Saluda Arts Festival in 2003, establishing a sign on Interstate 26 for “Historic Downtown Saluda,” and the popular Top of the Grade summer concert series. Blazer noted that Jackson tirelessly worked to foster community and encourage outside interest in Saluda. Jackson was also instrumental in organizing the eventual purchase of Saluda’s historic train depot in 2015, which now houses a museum highlighting the history of the railroad between Spartanburg, S.C. and Asheville, and its impact on the development of Saluda.

Jackson, who moved to Saluda in 2001 with a background in marketing, started the Saluda Lifestyles newsletter, which has a current readership of 3,500 subscribers, as well as the Saluda Adventure Guide, a publication credited with helping establish Saluda as a mecca for outdoor adventures. She also launched the Saluda Service Directory, a subsidiary of Saluda Lifestyles that connects residents with local service technicians.

Jackson also had a part in the formation of the Saluda Downtown Foundation, for which she acted as promotions chair. Before she retired in 2021, she owned a successful real estate business; she now lives in the Austin, Texas area.

“Cathy had a passion for Saluda—she wanted the best for Saluda,” said Jackson’s friend Catherine Ross. “She just had great ideas and knew how to get it done.”

Participants are advised to bring their own chairs. For more information about the ice cream social, visit saluda.com.

The Saluda Business Association will present an ice cream social from 3 – 5 p.m. on Oct. 27 to honor former resident and longtime volunteer Cathy Jackson. The free event is open to the public and will take place on Main Street, outside the

Saluda Visitor Center. For 20 years, Jackson donated her time and energy to promote tourism in Saluda through a variety of avenues, from helping to establish the annual Saluda Arts Festival to efforts to purchase the historic Saluda depot, which now houses a museum. The event includes the inauguration of the Cathy Jackson Volunteer of the Year Award by the Saluda Business Association. Those attending are encouraged to bring their own chair. For more information, visit saluda.com.

In honor of Hunger Action Month, Parsec Financial announces $200,000 in Parsec Prize grants, $175,000 of which goes to organizations... read more