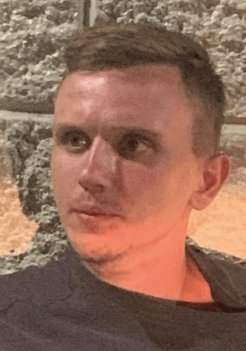 SUNNY VIEW—The Polk County Sheriff’s Office arrested a panhandler in Sunny View Wednesday evening that was discovered to have been a fugitive in both Henderson and Buncombe counties.

Tucker Roy Holton, of Souther Rd., Fletcher, was taken in custody and turned over to the Henderson County Sheriff’s Office without incident, according to Polk County Sheriff reports.

Polk County Deputies were called to a report of a panhandler in Sunny View. Polk County Sheriff’s Officers said they encountered the subject who appeared to be nervous and provided a story that “didn’t add up.”

After follow-up investigation, Polk County officers determined that the subject in Sunny View was Holton.

“This was a great job by David Squad recognizing deception, following through, and coordinating with our regional partners to take a fugitive off the streets,” said Polk County Sheriff Tim Wright. “This is why we train in roadside and field interviewing and Officer Safety. What came in as a hitchhiker panhandling in a parking lot, turned out to be a potentially violent offender who was on the run from multiple charges in multiple jurisdictions. This was excellent field work and excellent coordination with our neighboring counties.”