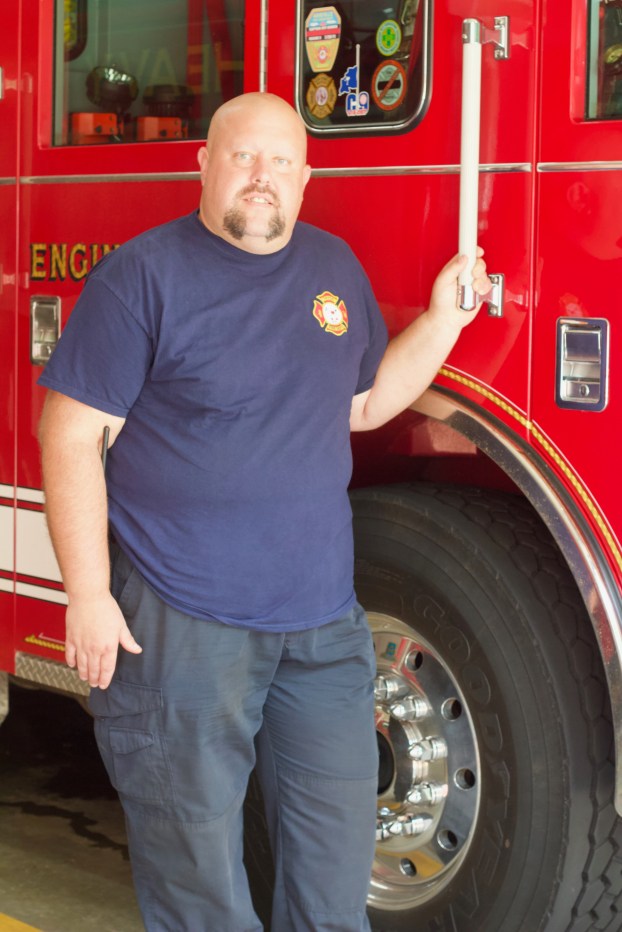 On Saturday, October 10, there will be a drop-by celebration of the life of the former Tryon Fire Chief James “Tank” Waters at the Tryon Fire Department.

At 1:00 p.m., the North Carolina State Fire Association will present Tracy Waters, wife of Tank, with the “Fire Chief of the Year” Award in honor of her late husband.

Chief Waters began his fire service career in 1995 at age 15 with the Tryon Fire Department. He was promoted to Chief in October of 2019 after the sudden passing of Chief Geoffrey Tennant. He passed away in April 7 at his home.
TFD Captain Josh Connell says that this event is important for the men on the team who knew Tank.
“For the guys who have been here, a lot of this is about honoring Tank and remembering his legacy and to show his wife how much the town and fire department thought of him,” Connell says.
Mayor of Tryon Alan Peoples says, “[Tank] was an outstanding human being who dedicated his entire life to helping other people. I’ve known him since he was five, so I kept up with him all the time, and he was just a great person.”

The Polk County Board of Commissioners has recently started a pilot project to help slow the spread of kudzu in... read more