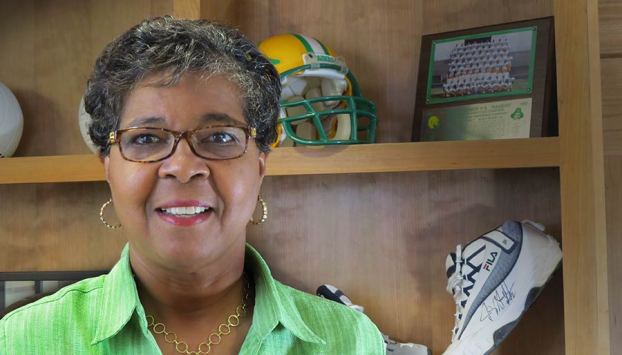 Amid all the unknowns facing the North Carolina High School Athletic Association, Commissioner Que Tucker is certain of one thing – the last step the NCHSAA ever wanted to take was suspending all athletic events.

“We started wrestling with these questions several weeks ago, and we became earnestly entangled in it and taking the steps toward this decision in the course of the last 48 hours,” Tucker said. “It has been difficult to rest or even take our minds off of this looming decision for some time.”

The head of the NCHSAA spent almost an hour Friday afternoon talking with media members about the decision to pause athletics across the state as of 11:59 p.m. Friday due to the global coronavirus pandemic. Teams will not be allowed to participate in any activities, from skill development sessions to games, until at least April 6.

What happens on April 6, though, remains very much up in the air and will for some time.

“The April 6th date is in Jell-O,” Tucker said. “It’s not a fixed date. It’s really kind of as fluid as this situation is that we’re dealing with. We just needed to have a focus point.

“We will use next week to start to look at the calendar, obviously with one eye always peeled towards what the latest news is here in our state and across the country. We will be looking at the calendar, we’ll be playing those what-if games. What if we are able to start back on April 6th, what if we’re not able to start on April 6th, what is the latest we believe we could get some competition in that maybe could lead to a state championship. We don’t have any idea at this moment.”

Nor is Tucker ready to talk about the possible cancellation of the spring season, as the NCAA has already done.

“I always like to go lean towards the positive, so I’m just gonna be hopeful and prayerful that by the time we get to April 6th, as we get closer and closer, that this situation will be different and that maybe we will have some opportunity to to look at resuming spring sports,” Tucker said. “But, clearly, it’s out there.”

The NCHSAA Board of Directors, comprised of superintendents, principals and athletic directors across the state, ultimately made the decision to suspend the spring sports season as well as the state basketball championships, which would have been held Saturday. Tucker said the board explored allowing local schools to determine whether they continued athletic competitions, but eventually decided that suspending all activities would be the fairest and safest option to choose.

“There was concern from our superintendents about the fact that there were some who would go ahead and shut down all extra or co-curricular activities,” Tucker said. “They were struggling and wrestling with the idea that if they shut down, let’s say band competitions or choral productions, theater productions, and you know maybe you had a group that was going to be traveling somewhere. So they were stopping field trips, they were eliminating all of those, but yet your baseball, your softball teams, they were still going to be practicing and playing, and that became just a struggle for some of them.

“Our board of directors just kicked that around pretty much all day Thursday until we finally got a got to a point where we said, look we need to go all in with this. These athletes, even though they’re outdoors, many of them will congregate in their locker room to start with. That social distancing sometimes is not possible in a locker room, so we just made the decision that we’re going to just stop it all, and what that also does provide is equity across the state for the 418 schools.

Tucker reiterated that teams, both in-season and out, are not allowed to gather in any form during the suspension.

“We’ve said no practice or skill development right now would be going on for teams such as volleyball, football, any of your non-in season sports,” she said. “Right now, the only sports that are truly in-season are spring sports, so skill development sessions for those out-of-season sports would not be permissible.

“It’s everything that would encompass practice – batting, any kind of weightlifting, all of those things that typically occur after school, they are not permitted.”

The impact of the NCHSAA’s decision on players in their final season hasn’t been lost on Tucker, an outstanding volleyball and basketball coach at Reidsville who also served as an assistant basketball coach at N.C. State. She’s also heard it expressed time and time again over the past 48 hours as she’s talked with coaches and athletic directors across the state.

“I think the the biggest concern that I’ve heard is for seniors,” she said. “Our seniors have worked hard to get to their final season of tennis, of golf, softball, baseball, lacrosse, track and and now they’re not able to do that, they’re not able to finish out what they started three and a half years ago and I feel for them.

“I coached at the high school level. I had seniors who played for me and I know what it was like to be able to play that final game in your senior season, so I do understand their concern. I understand their sensitivity for their players, especially for those seniors, but again, this is something that is very serious and it really has been taken out of our hands because of the seriousness of it.”

Due to the concerns of the Coronavirus and visitor safety, the Polk County Historical Museum will be closed through the... read more