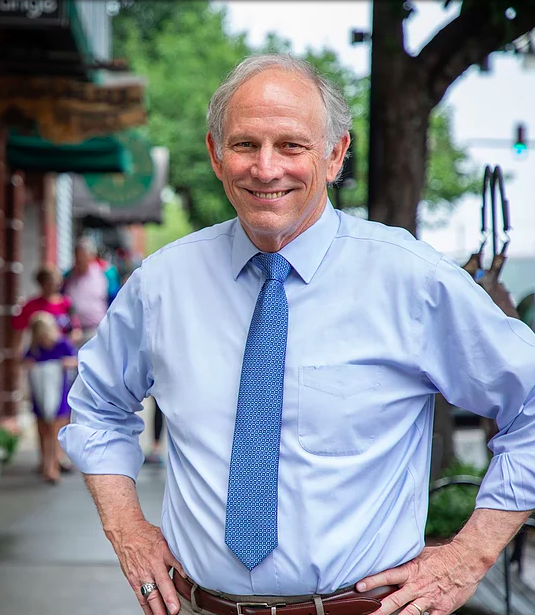 Edney ran for the same seat in the 2018 General Election after advancing from the Democratic Primary. Edney lost the 2018 election to Republican candidate Cody Henson. Henson resigned from his position last week, with representatives of Polk, Transylvania, and parts of Henderson Counties appointing Jake Johnson to finish his term.

Edney was born in 1950 on New Year’s Day into a family that worked in the textile industry. Edney grew up in the Valley Hill section of Henderson County, attending Valley Hill Elementary, and Flat Rock Junior High before graduating from East Henderson High. In 1970, Edney graduated from Asheville-Buncombe Technical Community College. Edney has previously served on the Transylvania County School board and currently serves on two local boards.

Attached below is the press release, including statements from Edney on his background and plans to run for the District 113 seat.

I grew up dirt poor in Henderson County. I know what it means not to have food in the house. By working hard I made a success. But I had lots of help along the way. When people helped me, I didn’t care what their politics were. And when I helped others, their political leanings didn’t matter to me.

But times have changed. Good people are being demonized. That makes me sad, and it makes me angry.

Despite a strong economy, folks all around us are struggling to put food on the table, to educate their children and to get health care. Why, in the 21st century, in the greatest nation on earth, are so many good people facing the same problems I faced as a kid?

I know mountain people. It is not like us to turn our backs on the needy. But a few greedy and power-hungry people have divided us for their own gain. Using fear and falsehood, these few have separated many folks from their own gentle nature.

I am running because it’s time to let our lights shine and turn darkness into day. These mountains are full of good people, folks who grew up here and folks who moved here.

It’s time to stop following the money and follow our hearts. It’s time to get North Carolina back on track.

POLK—The Polk County Board of Education opened its meeting Monday evening at Stearns Education Center by observing a moment of... read more