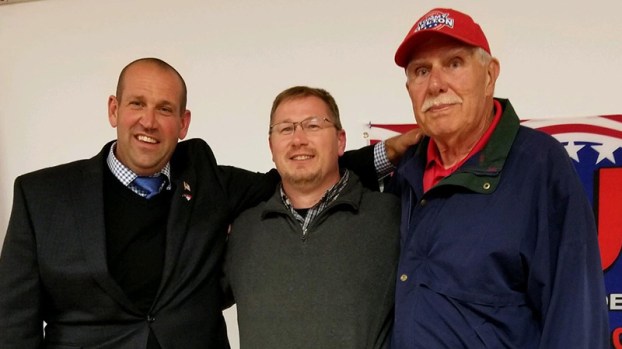 The county voted mostly Republican on all races, including locally, where the top county board of commissioner winner was incumbent Republican Tommy Melton, and the only other Republican listed on the ballot, newcomer Paul Beiler, received the second-highest number by more than 100 votes. Democrat incumbent Commissioner Ray Gasperson won the third seat, while Republican write-in candidate Mari Cartwright garnered 1,260 votes, though her name was not on the ballot.

That high turnout came mostly from Republicans, in both early voting and on Election Day.

Women also turned out in force this year. Women outvoted men in total by 756 votes. Women had 4,966 votes compared to men at 4,210, according to unofficial results from the Polk County Board of Elections.

Republicans and women both outvoted Democrats and men in early voting and on Election Day Tuesday.

Republican had 1,441 votes on Election Day and 2,009 votes in early voting for a total of 3,450, according to unofficial results.

Libertarians saw 17 votes on Election Day and 11 in early voting, for a total of 28 votes.

Green Party or Constitution Party votes are not yet showing in the county’s history reports.

“This is still unofficial and the numbers are subject to a very slight change,” said Polk County Board of Elections Director Cliff Marr on Thursday.

Polk County has 5,671 registered Republicans and turned out at an approximate rate of 61 percent, with 3,450 total midterm votes.

Polk County has 4,391 registered Democrats and turned out at an approximate rate of 58 percent, with 2,528 total midterm votes.

Polk County has 6,017 registered unaffiliated voters and turned out an approximate 54 percent, with 3,243 total mid-term votes.

White voters also dominated this year’s election in Polk County, with a total of 8,637 votes compared to 363 black votes.

Polk County has 14,868 white registered voters, who turned out at an approximate rate of 58 percent with 8,637 total votes during the midterm.

Polk has 735 black registered voters, who turned out an approximate rate of 49 percent with 363 total votes during the midterm.

The Polk County Board of Elections is scheduled to officially canvass the votes and confirm or deny provisional votes next on Friday, Nov. 16.

Winners respond to Tuesday’s election results COLUMBUS — Leadership did not change much this week for the Polk County Board... read more