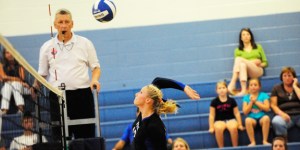 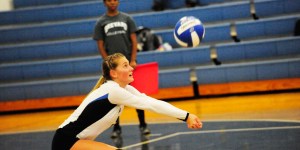 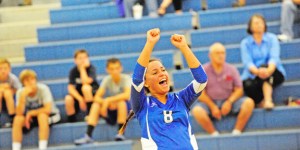 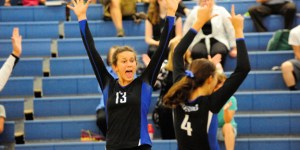 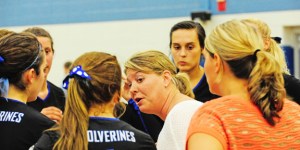 Guts and intensity were pluses for Polk County High School’s varsity volleyball  squad, but too-little experience kept the Wolverines from overtaking Brevard in a loss at home Thursday, Aug. 22.

More than once, Polk fought back to tie the game, but couldn’t take the lead, as Brevard held on to win three matches in the best-of-five format. The Wolverine’s next match is against Chapman on Aug. 27 at home.

Down two games to none, Polk stormed back in the third, to tie Brevard at 11 points each, but the Lady Devils ran off five consecutive points, and soon after, led Polk, 18-12, on their way to a sweep.

Risley said that too many balls hit the floor on Polk’s side of the net, and that her players “made a lot of unforced turnovers.”

However, she praised her team’s overall effort. “I’m very proud of the intensity they came out with.”

Being able to take the lead after coming back to tie their opponent is crucial for the Wolverines, said Risley.