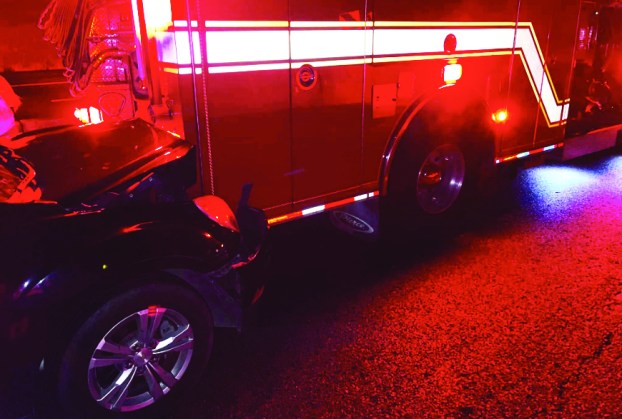 Columbus working with NCDOT for sign boards along interstate

COLUMBUS—For the second time in a month, an emergency vehicle was struck while working a scene along Interstate 26.

The Columbus Fire Department reported the accident this week, saying they are thankful that once again none of the personnel working the scene was injured.

“We all have families and loved ones to return home to,” the Columbus Fire Department said on social media. “Nothing is worth distracting you from driving. Move over or slow down when approaching a scene.”

Columbus fire officials said they are working with the North Carolina Department of Transportation to get sign boards installed along Interstate 26 to warn drivers of an approaching accident scene.

Accidents along the grade are becoming more common and emergency crews are often working to clean up the interstate.

A few weeks ago an overturned tractor-trailer on Interstate 26 ended in an intoxicated driver striking a Polk County Rescue Squad vehicle.