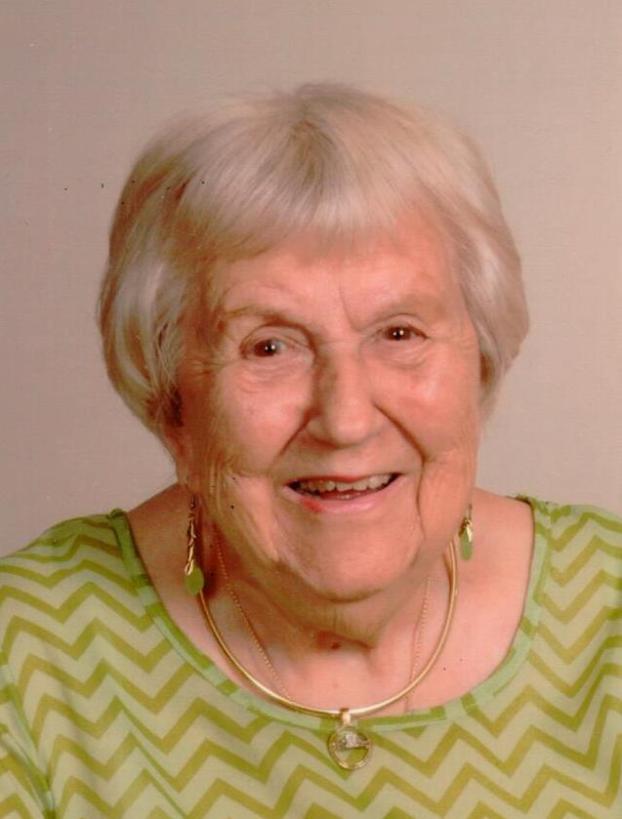 COLUMBUS – Grace Kathleen Powers McMahon, 96, of Columbus, NC, passed away on February 9, 2021.  She was the daughter of the late Joseph Anthony and Julliana Bush Powers and the wife of the late George Thomas McMahon.

Grace has been an active member of St. John the Baptist Catholic Church and the community. She volunteered with St. Luke’s Hospital Auxiliary, fundraising for Hospice of the Carolina Foothills, board member and instructor for the American Red Cross, and a member of the Tyron Country Club and the Women’s Golf Association.

Grace started her career as the secretary to the Detroit Mayor.  Later she moved to Montgomery, New Jersey and started GM Printing, where she worked with her husband, George, for 27 years. In 1987 they sold the business and retired to Columbus, NC.

She is survived by a son, Gerald Michael McMahon and a daughter, Mary K. Stefanec, both of Columbus. Grace was a beloved wife, mother and friend to all.

The family will receive friends at Petty Funeral Home on Friday, February 12, 2021 from 6:00 to 8:00 PM with a Prayer Service held a 6:30 PM conducted by Deacon Art Kingsley.

A Rosary Service will be held at St. John the Baptist Catholic Church on Saturday, February 13, 2021 at 9:30 AM, a Funeral Mass will follow at 10:00 AM conducted by Father Jason Christian. Inurnment will be in Arlington National Cemetery at a later date.

In lieu of flowers, memorials may be made to St. John the Baptist Catholic Church, 180 Laurel Ave, Tyron, NC 28782

Condolences may be left at www.pettyfuneralhome.com.

TRYON – Muriel Lillian Walker Hicks, 99, of Inman, SC is now in the arms of Jesus on Tuesday, February... read more