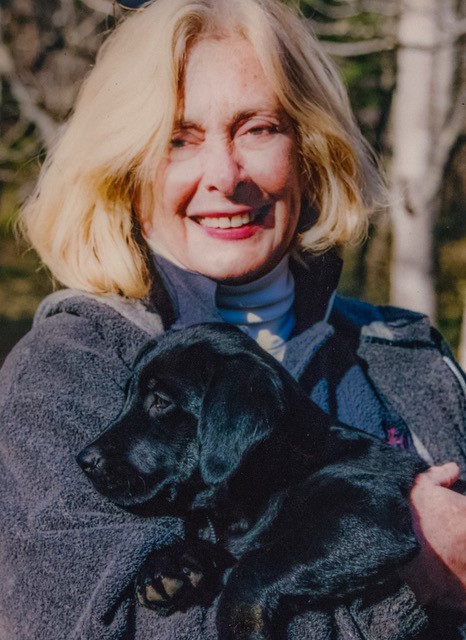 Michael Mauney (2017). She is survived by her daughter, Elizabeth Mauney David (Mathew) and her

grandchildren, Christopher David and Kyle Catherine David, all of Evanston IL and her nephew John

Dickson (Alison Arnold) of Fairview NC. Lucy was an only child, born in Abingdon VA in 1937 and raised in Salem VA. She came from a long line of Virginians, tracing her lineage back to the First Families of Virginia. Always drawing and sketching throughout her life on any available paper, Lucy attended the Richmond Professional Institute, now known as Virginia Commonwealth University. She graduated with a degree in fashion illustration and worked for Belk Department Store in Charlotte NC as a pen and ink fashion illustrator. After marrying and having her first two daughters in Charlotte, Lucy moved with her family to Chicago IL where her former husband, Michael Mauney, worked as a staff photographer for Life Magazine. Lucy lived in the Midwest for 27 years, settling in Evanston. She worked for various newspapers and advertising agencies both as a fashion illustrator and as an advertising rep. Many friends remember watching her draw the illustrations, making the clothes come alive on a beautiful model. She was quiet about her art and didn’t seek the spotlight. In 1993, Lucy moved to Tryon. She fell in love with a 1929 stone house on Carolina Drive named The Branches. She said she could spend all her days in the dining room, filled with windows, looking out at the trees, the birds and the mountains. She had two vehicles, both stickshift. One a ladylike sedan, the other a small Toyota truck that she loved tooling all over town in, and had a list of “buyers” who wanted to be first in line when she decided to sell it. She never did sell that truck. Her life in Tryon was filled with friends, part-time jobs and family. She most recently worked at the Green River Gallery in downtown Tryon. She volunteered her time at area thrift stores, food pantries, and the Blue Ridge Barbecue Festival.

Lucy was most proud of her daughters, her grandchildren and her kitties. She was a gracious, kind and

caring person who always wanted to know “what you’re up to.” Friends described Lucy as a one-of-a-

kind friend and a keeper of confidences. 30 years later, friends from her girls’ high school still

remembered her and always asked “How’s Lucy? I love Lucy!” She made everyone she spoke to feel they

were the center of her attention. And she meant it. She will be greatly missed.