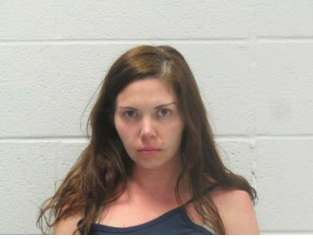 TRYON—The mother of the infant found just outside Tryon in a bag Friday afternoon has been arrested.

Heather Lynn Walsh, of Ken Miller Road, Rutherfordton, was arrested and charged on Friday with misdemeanor child abuse/endangerment/neglect, according to sheriff’s office reports.

The sheriff’s office said due to the nature of the injuries the child sustained, and initial warrant for child abuse/endangerment/neglect was obtained by investigators on Friday, but an extensive investigation is still ongoing.

The baby is 6 months old, according to the sheriff’s office.

The baby was discovered abandoned in a black bag in the parking lot of the Trinity Lutheran Church, located in the Pacolet Valley along U.S. 176 in Tryon around 12:17 p.m. Friday.

The baby was taken to a hospital and is receiving care.

The sheriff’s office said they appreciate the community’s support and concern shown after the initial press release Friday evening and would like to clarify a few things.

The sheriff’s office is asking the public to only call if someone has tips or information relating to the investigation. Employees of the communication center cannot give out any information regarding an ongoing investigation, sheriff officials said Saturday afternoon.

“The child is in emergency custody of the Department of Social Services and still under medical care at this time,” said Polk County Sheriff’s Office Staff Attorney and Public Information Officer John Sauve.

Walsh was given a $5,000 secured bond by the magistrate on Friday and was released on bond shortly after noon Saturday.