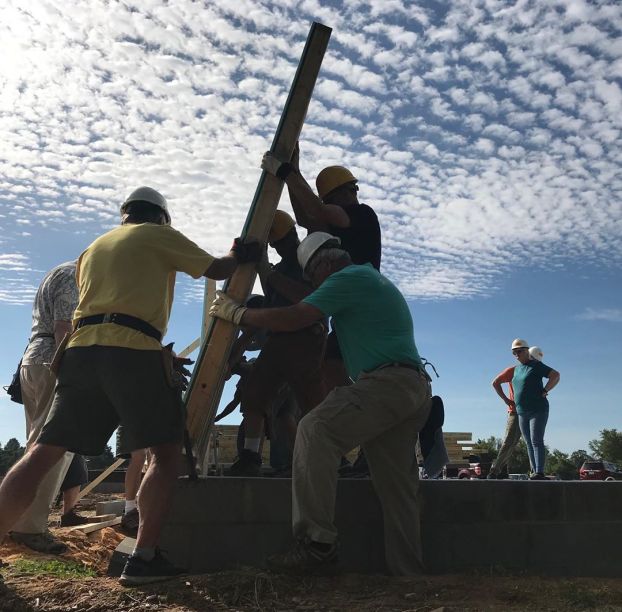 COLUMBUS—While most people may have thought Habitat for Humanity had left Polk County a few years ago, the organization is thriving and recently opened an office in Columbus.

A grand opening for the new office will be from 3-6 p.m. on Tuesday, July 22. The office is located at 40 E. Mills St. in downtown Columbus.

Columbus Town Council met Thursday and heard from councilman Robert Williamson, who is working at the new office.

Williamson spoke of the grand opening and all Habitat has done for the area over the years.

Williamson said there have been 68 Habitat homes built in Polk County and Landrum since the first home was built in 1983.

He said Polk County is one of the unique Habitats for Humanity because Landrum, located in South Carolina, is a part of the Polk organization.

Of the homes constructed in Polk County and Landrum, 24 were in Tryon, 23 in Landrum, 12 in Mill Spring and nine in Columbus.

Williamson said the plan is to build six homes per year in the area.

Councilman Mark Phillips was interested in the program and asked questions. Phillips asked who builds the homes.

Williamson said volunteers mainly, with a construction manager from Habitat overseeing the projects and the homeowner puts 200 hours of “sweat equity” in their home.

The process of receiving a Habitat for Humanity home takes about a year, Williamson said, with the building process normally being about six months.

Williamson said Habitat functions on a lot of donations and the homeowners have to qualify for a mortgage and also put in the hours of work.

Williamson spoke of the housing market currently, with there being little to no affordable housing available.

“The median home price in Columbus is $205,000, so we have no affordable housing,” Williamson said. “When housing becomes available, it’s a seller’s market.”

Williamson said Habitat land is either donated, purchased from a grant or purchased by Habitat.

Phillips asked if there is a stipulation on how long the homeowners have to live in the house before they can sell it and Williamson said yes, there is that stipulation.

Polk County joined the Henderson County Habitat for Humanity in 2017.

Near or far, Nina’s legacy is available worldwide

Tryon home now offers online virtual-tour TRYON—The Town of Tryon is lucky to have been the birthplace of internationally renowned... read more